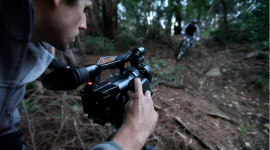 MTW Media was founded in 2009 by Matt West, following completion of his Diploma in Film and Screen at MAPS.

Matt has been filming and editing videos with an extreme sport focus for over a decade. While that remains a keen interest, his work over recent years has included projects with clients from corporate and government sectors and areas such as mainstream sport, allied health, the arts and music.

When larger crews are required, Matt is able to call on the services of professional colleagues, both in Adelaide and interstate, such as Melbourne-based producer Robert Stagg. (The pair has worked together on projects in NT, SA, Victoria and NSW.)