Giant Cycling World is now open in Adelaide. Come in and check it out 53-67 Hindmarsh Square Adela… Go to video page 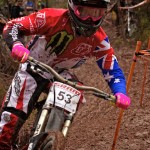 Last weekend the 5th round of the South Australian Downhill series was held up at the always popular  MTB mecca that is Fox Creek. Fox has been raced at for over a decade and has a great trail network for all types of riding.
Although the track used, officially called “Fox Creek Fast”, has been round for a few years, this was the first time a race was held on this course specifically. The boys had been eagerly digging and prepping the track over the past two weeks. Some new doubles and big gaps made the course super quick, and it was really living up to its name. That was until of course, race day!

Ngari Jenkins loves hangin it all out.

It seems to happen all to often at SA MTB races, and this was no different. Come Sunday the gods let loose with rain all night and strong cold winds and multiple showers throughout the day.
This resulted in a very boggy track, since the most is thick red clay. 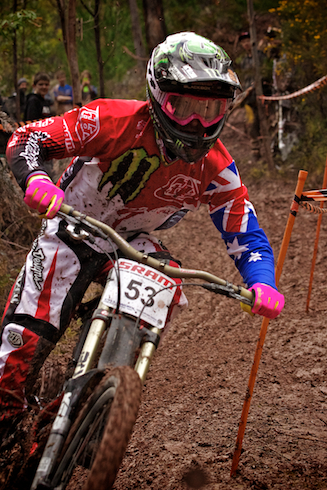 TB – as fast as ever

After a few months off after a massive injury, it was good to see Troy back on the bike racing again for the first time since his big off in Austria earlier in the year. 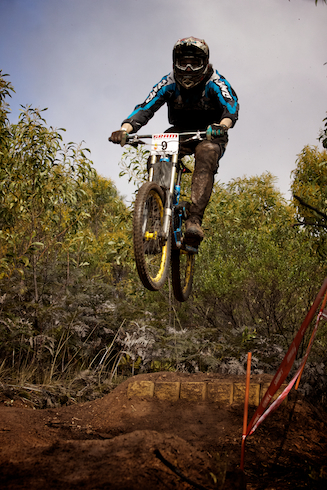 Tyson floating over one of the biggest gaps up near the top of the course on his seeding run.

One person that wouldn’t have minded if Troy had just sat this one out, Tyson Schmit, who stormed onto the podium for the first time in 2nd place, behind Troy.